Taking a break from recording Night In The Ruts to headline a stadium gig in Cleveland on July 28, 1979, Aerosmith came apart. Backstage during a heated argument, guitarist Joe Perry’s then-wife Elyssa threw a glass of milk over bassist Tom Hamilton’s wife, Terry.

Afterwards, singer Steven Tyler confronted Perry about his wife’s behaviour. The upshot was that Perry walked out of the band (his version) or he was sacked (Tyler’s). Either way, and as Tyler later remarked dryly, Aerosmith had actually split over spilt milk.

The years that followed were not kind to anyone involved. Not long after, Tyler crashed his motorcycle and was hospitalised for two months. No sooner had he healed and the band started work on their next record, Rock In A Hard Place, than Brad Whitford followed Perry out of the exit door. That record tanked, and Tyler sank into a black depression, strung out on heroin and to all intents broke.

Perry fared no better. He launched his own band, the Joe Perry Project. Their first album, 1980’s pointedly-titled Let The Music Do The Talking, was a modest hit, and Perry too tumbled deeper into drug addiction. By 1983 he was divorced from Elyssa, their split perhaps hastened by her biting him on the face during an especially tempestuous set-to.

„Unlike his former band, which would now take excessive amounts of time to record albums that should have been cranked out quickly, LTMDTT recalled the brash and trashy appeal of early Aerosmith. Maybe because he wanted to show his former bandmates that he could succeed without them, the performances were extremely inspired, while the songwriting was sharp and focused.” (AllMusic)

„It’s not as consistent as their classic records, but it beats the living dead out of anything they’ve done since Permanent Vacation. In my estimation, four of the songs are great instant classic Aero-rockers, and a couple others would be as well if they weren’t so frigfraggin’ long and repetitive (especially The Mist Is Rising, a plodding, queasy death-riff that rules dickweed for about three minutes, then continues for another three and a half minutes for no reason at all).” (Mark Prindle)

„Conflict Of Interest could have been a Smith outtake – it’s that close. Discount Dogs has a real funky swagger until the cool time change for the chorus – with some killer Joe guitar. Shooting Star has the real big riff to start and could have been a Smith song. Side closer, Break Song, is an instrumental, and is one of my favourite Aerosmith related tunes – this bad boy is all groove and plenty of Joe.” (The Grooveman’s Collection)

Keith Jenkin: Remember this coming out and I viewed it as a pretty good addition to my Aerosmith collection. The music sounded like the day job, Jack Douglas was in the producers hot seat but Ralph Morman’s vocals were more traditional and bluesy. At the time of release I don’t seem to remember anything else than it being viewed as a companion album rather than a album that should be compared to Aerosmith’s best long players. Under that guise at least I think even 40 years on, it still stands as a very good record.

Shane Reho: This is my first time hearing this album, and while it isn’t a bad album, I can’t say I feel like I was missing much. Most of the songs are standard hard rock fare, although I’ll give credit for the guitar work. It might have benefited from Perry taking more of the vocals himself, because Ralph Morman sounds like he’s reaching for some middle ground between Steve Perry (particularly on the title track, which Steven Tyler did better with on Done With Mirrors) and Derek St. Holmes (more so St Holmes, which makes this sound not much different than a Ted Nugent LP). The Mist Is Rising is pretty good. Overall, not a bad album, but not a great one either. 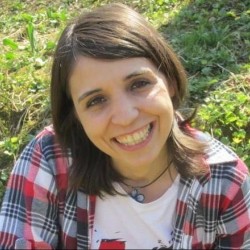