TVR (Romania) no longer entitled to take part in Eurovision 2016

The EBU has withdrawn member services from Romanian public service broadcaster Televiziunea Română (TVR) following the non-payment of debts totalling CHF 16 million. TVR will now no longer be able to participate in the 2016 Eurovision Song Contest and will lose access to other EBU member services including the Eurovision News and Sports News Exchanges, the right to broadcast specific sporting events, legal, technical and research expertise and lobbying services.
The decision was made after a deadline given to the Romanian government to make satisfactory arrangements to repay the debt expired on Wednesday 20 April.
EBU Director General Ingrid Deltenre said: „It is regrettable that we are forced to take this action. We are disappointed that all our attempts to resolve this matter have received no response from the Romanian government. In recent weeks the EBU has taken note of the Ministry of Finance’s suggestion that TVR may be placed into insolvency proceedings which may in turn lead to a profound restructuring of the broadcaster. The EBU is a not-for-profit association which represents 73 Public Service Broadcasters in 56 countries. The continued indebtedness of TVR jeopardizes the financial stability of the EBU itself.”
For more information about the EBU’s withdrawal of member services from TVR, please read the full statement on the EBU website.

The Romanian act will be taken out from the running order of the second Semi-Final of the 2016 Eurovision Song Contest, which is to take place on 12 May, 2016. The order of performances of the other 18 acts will remain the same.

„This is of course disappointing for the artist chosen to represent Romania, for our colleagues at TVR who have prepared their participation so well this year and, not least, for Romanian viewers and the many Eurovision fans in the country,” says Jon Ola Sand, Executive Supervisor of the Eurovision Song Contest on behalf of the EBU. Asked what this means for host broadcaster SVT, Sand replied: „As with all participants, SVT has been preparing for Romania’s act thoroughly over the past weeks. To take an act out at such late stage is of course a little disruptive, but it will not negatively affect the 2016 Eurovision Song Contest in any other way.”

Martin Österdahl, Executive Producer of the 2016 Eurovision Song Contest on behalf of Swedish broadcaster SVT said: „We think it’s unfortunate. We have been looking forward to welcoming the Romanian delegation to Stockholm. Now we are adjusting the rehearsal schedule and the starting order for the second Semi-Final and continue our work with the production of the 42 participating countries.”

As a consequence of the withdrawal of member services from TVR, following repeated non-payment of debt, the broadcaster will not have access to the broadcast signal from Stockholm, and thus will also not be able to broadcast the 2016 Eurovision Song Contest. 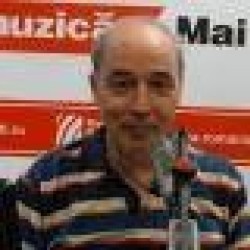